LAS VEGAS, Nevada – The increase in school violence in the Clark County School District has become a serious problem for this fifth largest school district in the country, as shown by a recent brutal attack on a teacher in this article. Whether you turn on the news, listen to the radio or do an online search, you will likely hear about another act of school violence committed by a student on a fellow student or a teacher. Imagine being a mother whose son was the victim of a vicious assault. Unfortunately for Jasmen Jackson, school violence went from something she heard on the news and could only hope would never happen to an assault on her then 11-year-old son, Amir, while he was waiting for the bus outside Lawrence Junior High School on August 25, 2021.

As Amir got on the school bus, a much bigger kid threatened to assault him sexually. Once Amir was on the bus, the threat became a reality. In a front-page feature article in the Las Vegas Review-Journal, Amir described the assault. “I sat down, and he just started randomly beating on me. He kept hitting me and hitting me. I went unconscious for like a split second. All of a sudden, the bus driver started pulling him away from me, and then my friend was saying, ‘Amir, your nose is bleeding.’”

Jackson learned of the assault from her son, not the school administration. Amir's injuries were severe enough that she took him to the emergency room, where doctors discovered that he had broken his nose, necessitating surgery. Amir has not been called to testify in any court proceedings to date, and Jackson learned only that the boy who assaulted her son was placed on probation in Juvenile Court and the case was closed.

Due to the lack of cooperation from the Clark County School District Police Department, Jackson could not obtain a copy of the original police report and a copy of any video depicting her son's assault on the bus that day. Having no other recourse, she turned to Eric Blank Injury Attorneys for help in learning the facts and securing justice. Eric R. Blank, the firm's founder, has practiced law for over 22 years. As a father of two young children, Blank is concerned about the outbreak of school violence in Las Vegas. When Jackson contacted his firm for assistance, he and his colleague, top-rated Las Vegas personal injury attorney Harry V. Peetris, II, answered the call.

Blank says, “By the school district’s own account in the Las Vegas Review-Journal, it said it had seen over ‘1,000 logged citations and arrests since January and over 3,000 assaults, battery cases and fights since the start of the school year.’ With increasing violence in schools, the school district needs to be more transparent about crimes on campus. And when crime does happen, they need to be responsive to the parent’s requests. It’s unfortunate that a parent feels that they need to seek out the assistance of an attorney because they’re being ignored and blown off by a school district when they have questions about an assault on their child.

“It is also inexcusable that our client has not been able to obtain the documents she requested on behalf of her son, who went through a very frightening experience and is now home-schooled. At Eric Blank Personal Injury Attorneys, we are here to fight for our clients’ rights. With over 20 years of personal injury experience, ‘BETTER with BLANK’ is not just a slogan to us. We take a personal interest in our clients and fight for them like we would for a member of our own family. We look forward to getting justice for Jasmen Jackson and her son.”

Our firm has a long history of successfully representing clients in personal injury cases throughout Clark County, including Henderson, Boulder City, Pahrump, and Nye Counties, in the Las Vegas legal community. We have recovered substantial verdicts and settlements on behalf of serious personal injury and wrongful death victims, including those injured in automobile or motorcycle accidents, construction or workplace accidents, or as a result of a defective product. Additionally, we represent clients in workers' compensation cases, focusing on judgment collection. Please visit our website's "Areas of Practice" page here for a complete list of our areas of practice.

Choosing a personal injury attorney to represent you is one of the most difficult decisions an individual must make following a traumatic injury or the death of a family member. We understand how stressful this time can be for our clients, and we are committed to providing them with unmatched personal service. Regardless of the size of the claim, each client we represent benefits from our dedication, commitment, and integrity. We understand how critical your case is to you, and we want you to know that we value your case just as much. 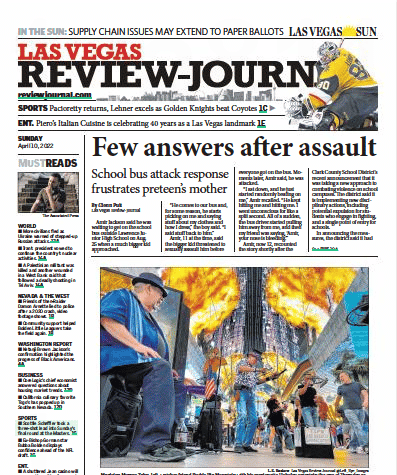